From my elementary school years through high school, there was one constant in my life. I spent a big part of my summer at Ford Park. This park provided hours of fun, as well as the opportunity to learn how to play tennis, and shuffleboard. Ford Park was also a great place to meet people and develop friendships.

Ford Park had a lot of amenities that larger parks didn’t have. Coming from the Woodward Avenue entrance to the park, large trees greeted each visitor. There were picnic tables and grills placed in strategic locations. On the south side was the maintenance building which was the central location for the maintenance equipment for all the parks in Highland Park.

After the picnic tables and grills, came the playground area of the park. There was the typical playground equipment. I always enjoyed playing on the rocket. Within the playground section, there was also a cement area where there were sprinklers which were turned on during the summer for the children to play and to cool off. I was never much for water, so I never spent any time there.

To south of the playground was an open field of grass which was used to play field hockey each evening.  We used plastic sticks and a plastic ball. Every night, this would be a big treat to play. Beyond the open field were five shuffleboard courts. As I became older, I enjoyed playing with the “old men” who came each day to compete.

Going further east in the park, there was the pavilion, which was a shelter for ice skaters in the winter. In the summer it became a refreshment stand that sold pop, candy and popsicles. Within this building, there were table games that would be given out, as well as the shuffleboard equipment.

To the north of the playground were ten tennis courts. These courts had lights and were well maintained. When I turned thirteen, I started to have a keen interest in tennis. These tennis courts would be my home away from home for several summers. I met some great people on the tennis courts. To this day, I still enjoy playing tennis.

Ford Park was more than the equipment, the tennis courts, and the large trees in the front of the park. It was a place where dedicated adults brought fun, happiness, and skills into the lives of the children who came each day. The Highland Park Recreation Department hired these adults to work throughout the summer at Ford Park.

The first recreation director I remember at Ford Park was Stanley Zubel. Mr. Zubel worked in the Highland Park school system during the school year and then at Ford Park in the summer. He kept the park moving with activities. I still remember painting the molds of various things such as an Indian chief and a dog. I also made some pot holders using a loom. Table games were great fun as well. 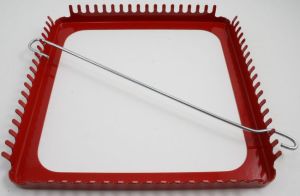 A potholder loom like we used at Ford Park.

In the evening, Mr. Zubel had two very special activities. The first was Tiny Tot softball.  This was for children ten years old and under. If you were older, Mr. Zubel would let you play, but you had to bat with the opposite hand. After Tiny Tot softball, we played field hockey. This was always competitive. Sometimes, Mr. Zubel would penalize us for various infractions of the rules. This meant that we couldn’t play for a certain amount of time. Even as a ten-year old, I could tell that Mr. Zubel had his heart in what he was doing. Two years ago, Mr. Zubel died. I wished I could have thanked him for all of his good work. Here is a link to Mr. Zubel’s obituary: http://www.legacy.com/obituaries/theoaklandpress/obituary.aspx?page=lifestory&pid=150279186#fbLoggedOut

Mr. Zubel would leave when I was about eleven years old, but there were other directors who did a great job. There was Mrs. Lang, and Katie Street, who taught art at Ford Middle School. Another director whose name escapes me would come to work in a Plymouth Road Runner with a spoiler bar. I was quite impressed with his car.

The director that I had as a great friend during my teenage years was Mike Bartnikowski. Mike taught at Ford Middle School, but spent his summers as the director at Ford Park.  Mike was great fun because he had a great sense of humor and was addicted to war games. Every afternoon, some of us would gather together at the park with Mike and fight famous battles such as Waterloo, D-Day, and Midway. Another favorite was a game called Diplomacy.

One evening, Mike played a prank on me that I have never forgotten. While I was playing tennis (I was probably sixteen.), Mike got on the PA system and announced that there was an important message for Mark Booth. Then he announced your mother is calling you. The people on the tennis courts had a great laugh as I ran off the courts, only to find a laughing Mike Bartnikowski at the pavilion. There was no call from my Mom.

As a teen, I always found that Mike would listen to me and some of my concerns. He was more than a director, but a dear friend. 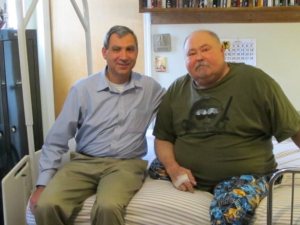 Photo taken in 2011. Mike passed away last year. Here is a link to my article on Mike Bartnikowski. http://markjemilbooth.com/2012/10/20/goodbye-mike-bartnikowski-thank-you-for-everything/

Another embarrassing memory at the park involved my bicycle. I had inherited my brother’s two-speed Schwinn bike. I rode this bike all over the Detroit area. I would always ride my bike to Ford Park. There was a boy who came to the park who asked to ride my bike. I consented and he would always return it. One day, he took off on my bike. As time went by, I sat on a picnic table waiting and waiting for my bike to return. It never did. 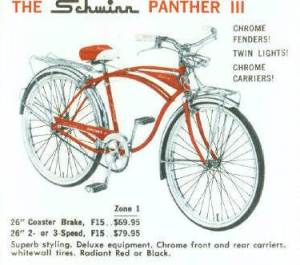 Those years at Ford Park were wonderful. Today, children in my community don’t have a place like Ford Park with activities and great adult supervision. I was very privileged to live in Highland Park during the years when there were funds to offer so many opportunities to have fun and a safe place to play.

P.S. Please visit my other blog: http://www.markjemilbooth.com.  I write about spiritual subjects such as: “Do I Have Spiritual Amnesia” and “God’s Waiting Room”.