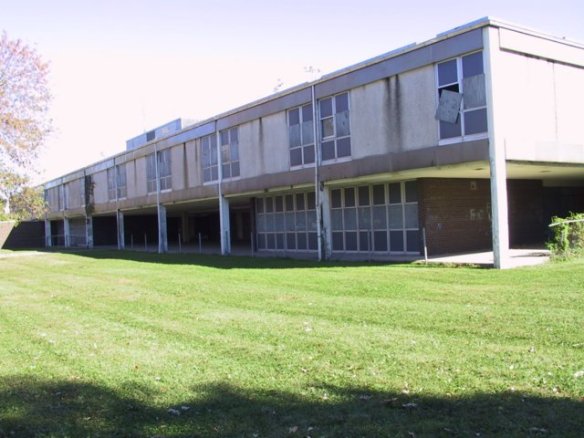 Midland School, a few years ago after being in disuse for many years. It is hard to imagine this school when it was just built for classes in 1961.

Before school began in September, I learned that my fifth grade teacher was Mrs. Newman. This was not good news. My brother had her for his sixth grade teacher three years before. From the discussions that I heard in our house. Mrs. Newman and my brother didn’t have a good relationship. Would I also face problems with Mrs. Newman?

Fifth grade would be my last year at Midland School. This did include some privileges such as becoming an “audiovisual boy.” This meant that at the beginning of school, I would deliver audiovisual equipment to the classrooms. Then at the end of the school day, I would get out of class ten minutes early to pick up the equipment. This equipment today would look like museum pieces. I would deliver filmstrip projectors, 16mm movie projectors, 16 mm movies, filmstrips and on occasion an opaque projector. 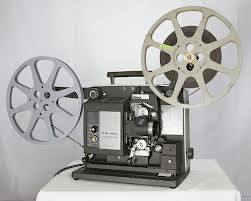 This was the “modern” movie projector which threaded itself when it worked properly.

As school began, I didn’t find Mrs. Newman as difficult a person as my brother had stated. She didn’t seem to smile a lot, unlike my fourth grade teacher, Mrs. Jung. She also seemed quite old and ready to retire. However, Mrs. Newman did teach me a lot of things. She helped me a lot with my spelling and math skills. She also had us do some group projects. One project that I did with three other students was on the subject of spices. She would allow us to go out in the hall and talk about our project. This was trust that I hadn’t known before in school. The spice project not only taught me a lot about spices, but also how to work with other students.

The worst part of my fifth grade experience was the SRA reading program. This program was a color coded curriculum that was supposed to help a student in their reading skills. You would read a short story and then answer the questions. I must not have been considered a good reader because Mrs. Newman started me in the color Aqua. This was only one level above Orange which was for the worst readers. Perhaps, the educators thought that by using colors, we wouldn’t discover how slow we were, but everybody knew the significance of each color.

Fifth grade was quite awkward for me because I had developed an overwhelming attachment for comic books. I would go to our corner store every week and buy several comics. After reading them, I would actually rate them from the best to worst. I even had a six-foot tall poster of Spiderman above my bed. He did a great job of protecting me each night! 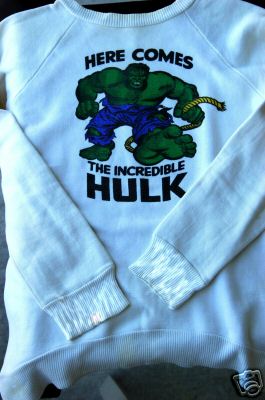 I can’t believe I wore this! This photo is from an Ebay ad.

One great thing about fifth grade was my involvement in the Highland Park Recreation Department baseball program. This is when we played “fast” pitch baseball with the other elementary schools in Highland Park. For some reason, Mr. Monroe, our gym teacher, made me the captain of the Midland One team. We didn’t have adult supervisors; so I had to figure the positions each person played and when they would bat. I was probably a lot like Charlie Brown except I preferred to play first base. This was a great opportunity to learn leadership skills at an early age.

When fifth grade was over, we had no graduation ceremony. The last day of school was simply the last day of school. My five years at Midland school was over. I entered the school not being able to read or do math. I didn’t understand any history when I entered the school and now I had an interest in history.  My writing skills were still far from perfect, but I could write complete sentences. I learned some grammar and phonics in the process as well. I still hadn’t learned to swim. That would happen later!

Those years at Midland School were good years. I am thankful for the teachers that dedicated themselves to teach me the many skills that I have today. I also treasure the friends that I made while there. Most of those friends left Highland Park by the time I would graduate from Highland Park High School in 1973.  Many of my classmates names and faces have been forgotten. My school photos of my friends have also disappeared.  However, many of my good memories of Midland School still remain!

P.S. Please visit my other blog at http://www.markjemilbooth.com. In this blog I look at various spiritual topics such as: “God’s Seven Medications for Pain”

9 thoughts on “My Fifth Grade Memories of Midland Elementary School”